Posted at 09:29h in Conferences, News by admin 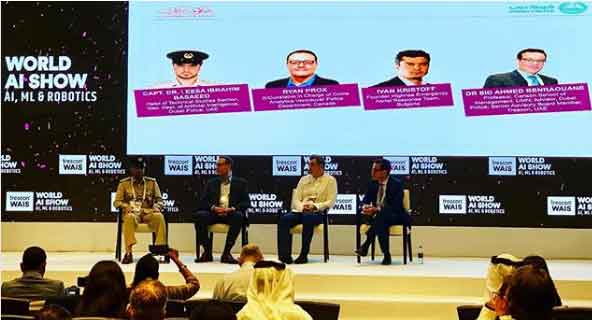 Ivan Kristoff is designing an A.I.R. platform to present innovative solutions for the digital transformation of Information and access to high sensitive and heavy duty Point of entry that can prevent accidents and criminal activities. Тhe traditional rescue belongs to the past. The Future of Rescue is to encompass AI and use it carefully to enhance the Rescuer of the Future – not replace him. Especially after the recent air crashes where the digital security issue is very relevant, now I more important than ever to approach this issues very carefully and never to ignore the Human Factor and Moral Compass. 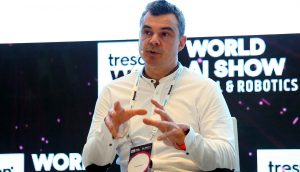 “Super proud to be part of the Opening of the #WorldAIShow Discussion Panel and this outstanding project which we kicked off in Dubai and which will gathers more attention in Bulgaria and worldwide.

With respect yo the moral decision for AI this is one of the issues that with the representatives of Dubai Police, Vancouver Police and the Academic world of UAE we discussed here.

Exactly two years ago, I posted “The SAR (Search and Rescue) Tech of the future” after I tested the HoloLens VR glasses of Microsoft during the Opening of the Microsoft Innovation Center in Bulgaria”. Now we are at the verge to develop my concept for the Future of Rescue and the New Generation of Rescuers…”, says Ivan Kristoff. In n 2003, when Ivan Kristoff made his stunning free-solo rope access work on the unclimbed Antenna Mast of the CN Tower, the  world’s tallest structure at that time, he was taking an unimaginable risk: working/climbing/rappelling, etc., solo at the world’s first remote access above 500 meters off the ground, had its unprecedented challenges.  Nearly two thousand feet above the lake Ontario winds and everything you have to do was established by the end of the three week job was  had to be calculated at least three times higher than any normal job at sea level. Especially in the worst extreme weather in the winter, and strong freezing winds – especially when things go wrong, as it happened and it was predicted for the worst case scenario on the Contingency Emergency Planing prior to awarding the contract to Ivan  Kristoff’s company. One of the challenges that is still existing is the possible vertical and aerial rescue via helicopter that was part of the exit strategy for Class D Rotorcraft External Human Load hauling was practiced by setting a series of world records and containing data that can now be used for Machine Learning for t Artificial Intelligence. Now, with the constant challenges of building higher and higher buildings, Ivan is on a mission to learn how to implement intelligence into solutions for A.I.R. with the Microsoft AI platform, including pre-trained AI services like Cognitive Services and Bot Framework, as well as deep learning tools like Azure Machine Learning, Visual Studio Code Tools for AI, and Cognitive Toolkit. In the process of organizing new special project  “A.I.R.”, Ivan take us inside the process of documenting his quest for the VR visualization of what the pilots and air rescue crew should experience at work at extreme heights above ONE K. — and the ethical calculus of filming of people who could, with the slip of a finger or a sudden catch of the Top of a Tower, would plummet to their death, as it has happened before with a Russian flying crew. That is why AI and Robotics cold be beneficial to create the Rescuer of the Future who could benefit from such enhanced delivery of knowledge. One step further is to use AI to develop the CybeRescuer of the Future, who could replace humans in extremely dangerous places and situations.

Ivan Kristoff, who has studied CyberLaw and IT at the University of Toronto, is working on the initiative for digital transformation in the world or vertical and aerial rope access operations. As a member of the elite Nikon Professional Services (NPS) group  of photographers, his introduction to the digital imaging  started with the he D1, the first professional digital SLR camera on top of the urban world. Whether it’s reporting on conflicts or rescue missions abroad, or covering the latest style trends and scientific developments, Ivan Kristoff’s concept for Embedded Extreme Journalism  provide a revealing and unforgettable view of the world. It’s all the news that’s fit to watch. Project xCloud: Gaming for edutainment of the New Generation of Rescuers

“The future of gaming is a world where you ca empower SAR Techs with specialized training in Trailblazing and the games they want, with the people they want, whenever they want, wherever they are, and on any device of their choosing. For my students, I want to rE-create the world of e-xtreme training, extreme sports, at extreme heights, for the extreme experience.”, says Ivan Kristoff