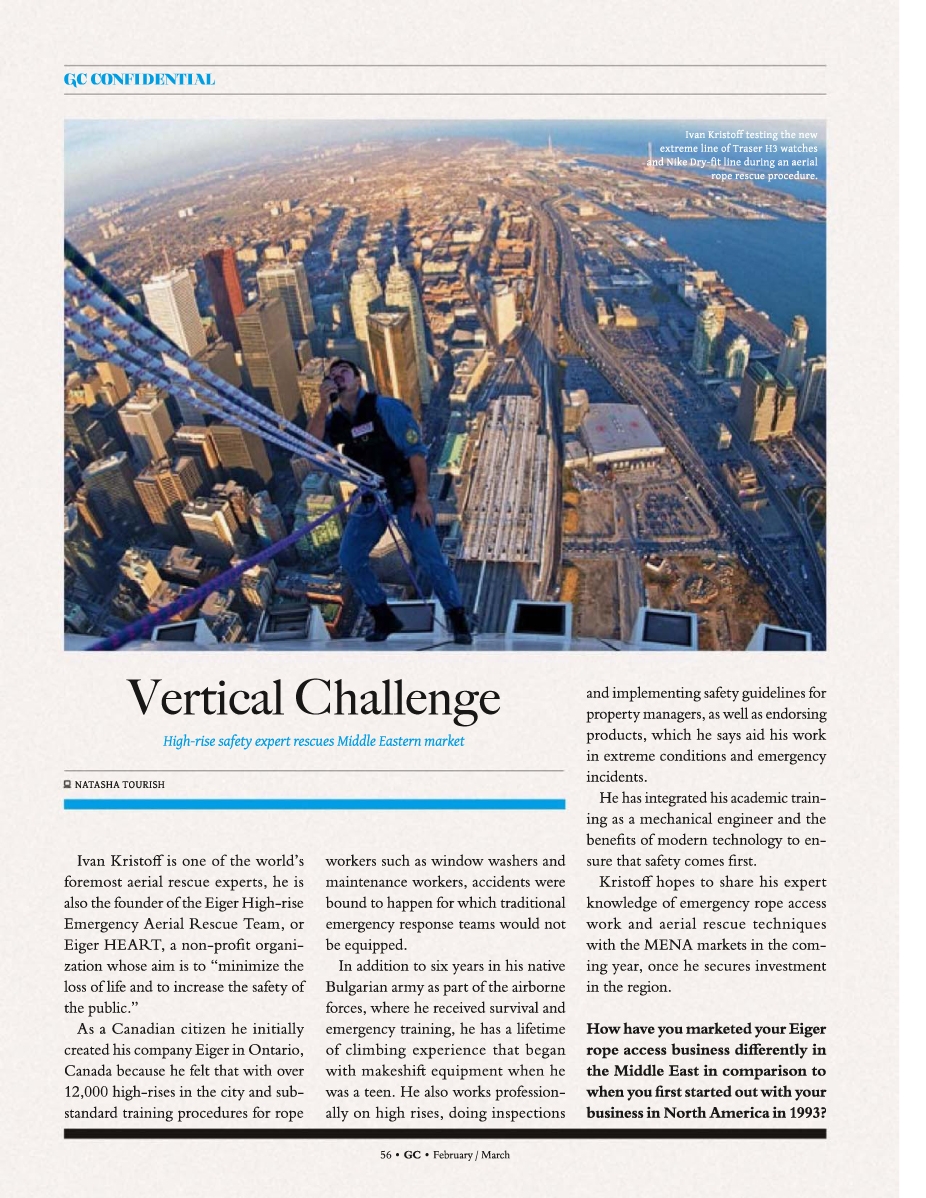 Posted at 15:14h in Articles by admin 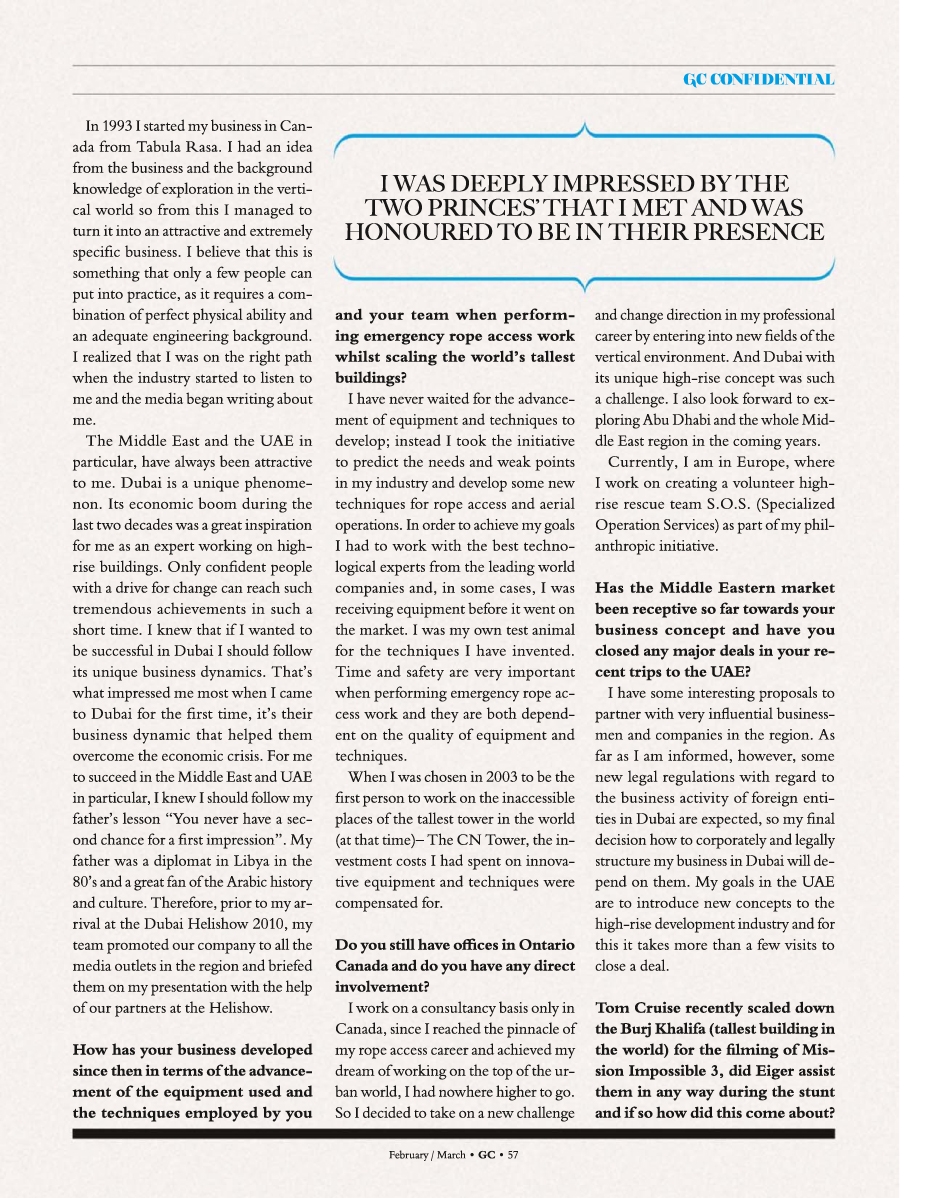 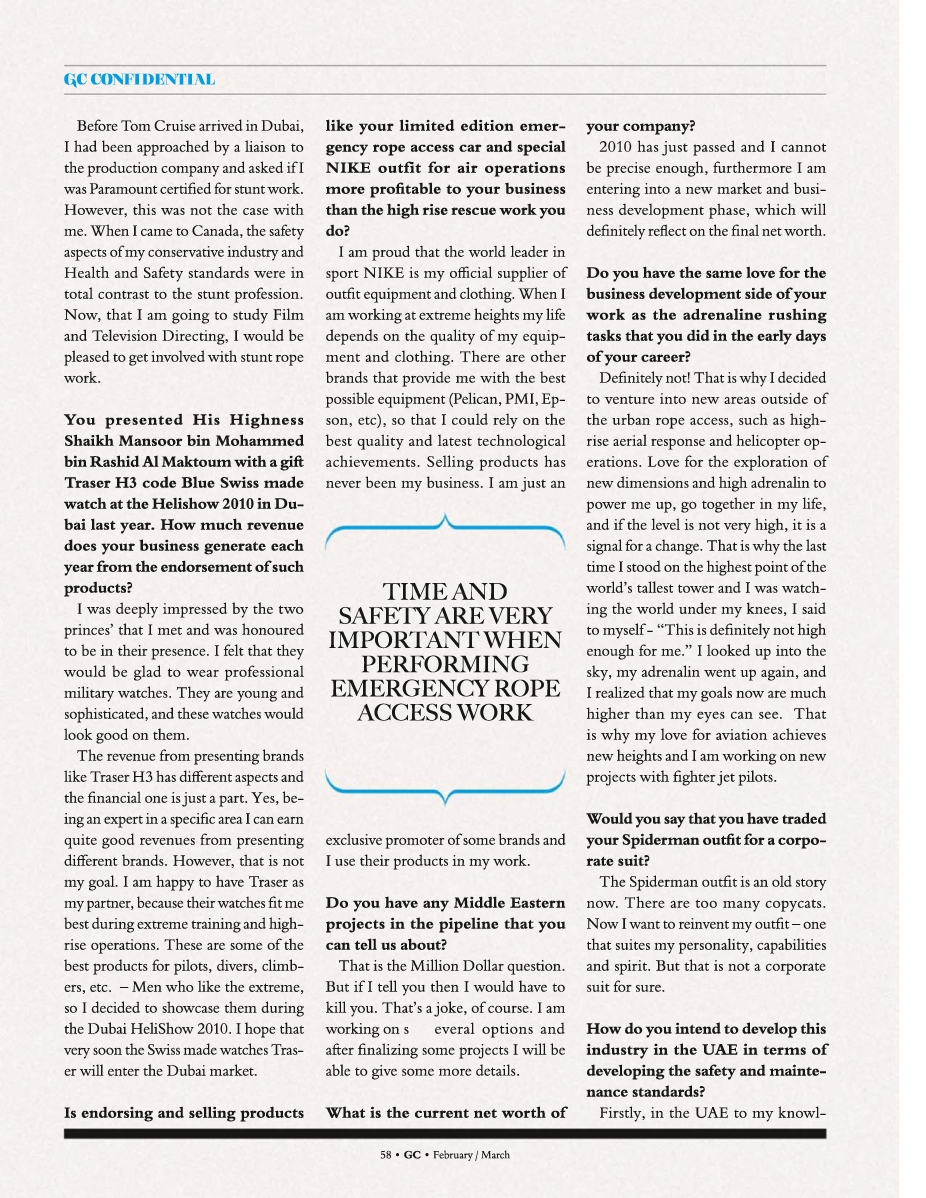 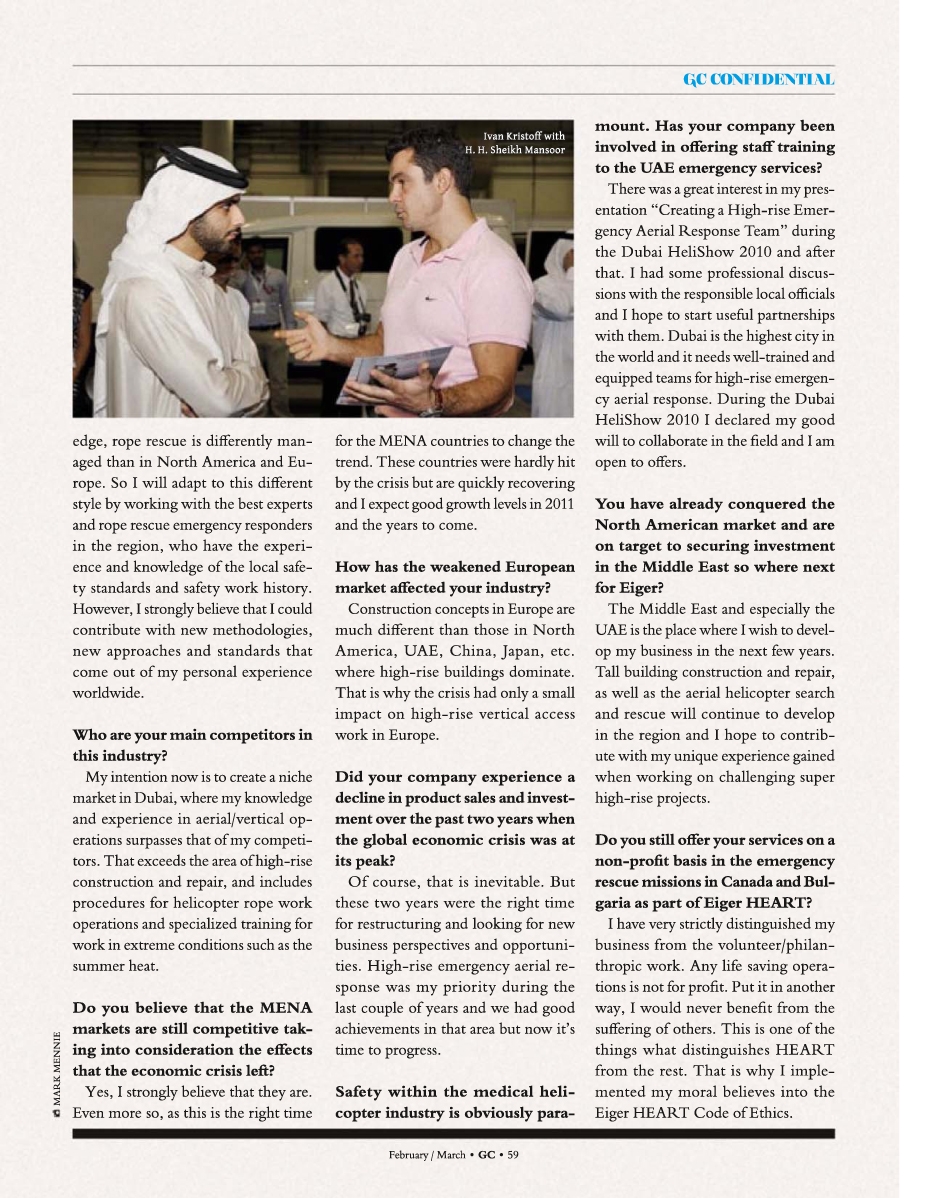 This is the first issue of Global Citizen Magazine.

In the article “Vertical Challenge”, February 2011, on page 56,57, 58 and 59, you will find out how “High-rise safety expert Ivan Kristoff rescues Middle Eastern market” and tests the new extreme line of Swiss Made watch making company and Nike Dry-fit line during an aerial rope rescue procedures.

“I was deeply impressed by the two Princes that I met and was honored to be in their presence”, says Ivan Kristoff in the article.

In the meantime, you can see the article on www.global-citizen.com

Ivan Kristoff is one of the world’s foremost aerial rescue experts, he is also the founder of the High-rise Emergency Aerial Rescue Team, or HEART, a non-profit organization whose aim is to “minimize the loss of life and to increase the safety of the public.”

As a Canadian citizen he initially created his company in Ontario, Canada because he felt that with over 12,000 high-rises in the city and substandard training procedures for rope workers such as window washers and maintenance workers, accidents were bound to happen for which traditional emergency response teams would not be equipped.

In addition to six years in his native Bulgarian army as part of the airborne forces, where he received survival and emergency training, he has a lifetime of climbing experience that began with makeshift equipment when he was a teen. He also works professionally on high rises, doing inspections and implementing safety guidelines for property managers, as well as endorsing products, which he says aid his work in extreme conditions and emergency incidents.

He has integrated his academic training as a mechanical engineer and the benefits of modern technology to ensure that safety comes first.

Kristoff hopes to share his expert knowledge of emergency rope access work and aerial rescue techniques with the MENA markets in the coming year, once he secures investment in the region.